New research: How ready are consumers for emerging technology?

Back in 1909 – almost 100 years before the launch of the first iPhone – Serbian-American inventor Nikola Tesla envisioned that one day we would all have personal wireless devices that would enable us to send messages all over the world. In 1865, French novelist Jules Verne not only predicted man’s 1969 moon landing – but also the name of the ship, the number of crew on-board and the feeling of weightlessness they would experience in space.

In today’s hyper-connected world, technology is advancing exponentially; in the next 20 years, computers are expected to be up to a million times more powerful than they are today. And speculation is rife over what this might mean for us.

Today, predictions that sound as far-fetched as Verne and Tesla’s insights once did are being widely-referenced the world over. From using AI to “reincarnate” people that have died to driverless cars filling our roads, there is no shortage of theories on what our future will look like.

But the fate of many of these predictions depends in part on consumers’ willingness to embrace them. The concept of driverless cars might seem cool, but do people trust them enough to allow our roads to be full of them?

As part of London Tech Week this year, Sabre conducted new research to gauge how consumers feel about various new technologies in order to help the travel industry understand how to gain its customers’ trust. 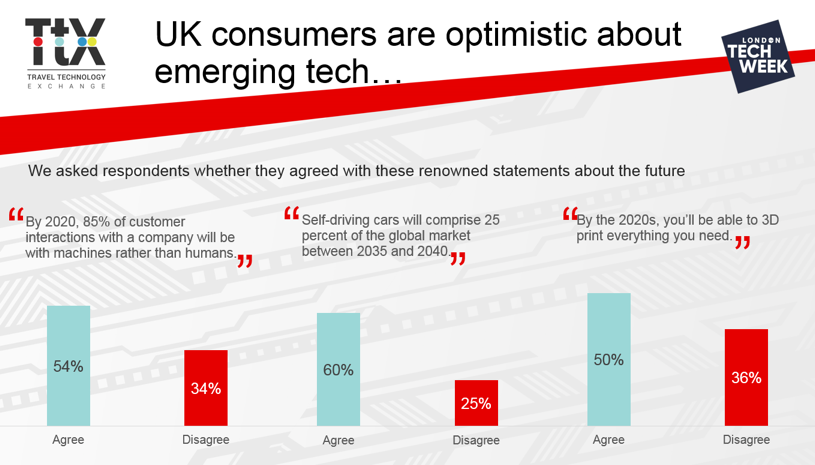 However, they were less optimistic about some of the more forward-thinking statements – particularly those relating to artificial intelligence. 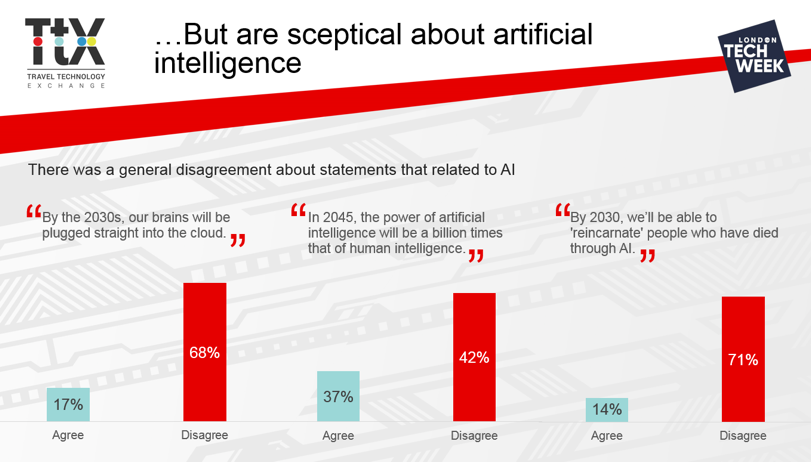